Basking in the euphoria of the near rate convergence achieved in the foreign exchange (forex) market, indications emerged yesterday that the Central Bank of Nigeria (CBN) would sustain its dollar injection in the market this week.

Also, the buy rate of the greenback closed at N369 to the dollar on Friday, stronger than the N382 to the dollar it was the previous day.

To this end, a reliable source at the central bank revealed that the Bank was not resting on its oars and remained determined to ensure a convergence between the interbank and Bureau de Change (BDC) rates soon, hence the move to continue its intervention in the interbank market.

The CBN Acting Director, Corporate Communications, Isaac Okorafor, confirmed that there were indeed plans by the CBN to make necessary interventions in the forex market, in line with its earlier resolve to achieve forex rates convergence and liquidity in the market.

On how the bank hoped to sustain its interventions, Okorafor said the CBN has enough forex to meet the requirements of all customers, who had genuine need for the dollar.

He also expressed optimism that the current policy of the bank and the cooperation of all stakeholders would check the unwholesome activities of speculators.

CBN Governor, Mr. Godwin Emefiele, while commenting recently on how far the CBN would go in sustaining its market interventions, had said: “I have said it and I will repeat myself that the interventions will be more vigorous than before to underscore the fact that we are determined to ensure that the Nigerian economy recovers, by making sure that foreign exchange is being made available to operators of the economy to conduct their businesses.” 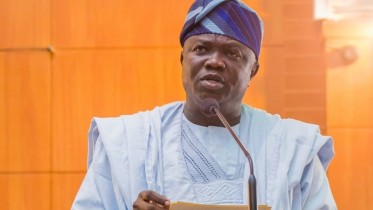 Ambode, Fashola Make up After Public Spat Less than three weeks after they both disagreed publicly over issues of interests, the Lagos State Governor, Mr….