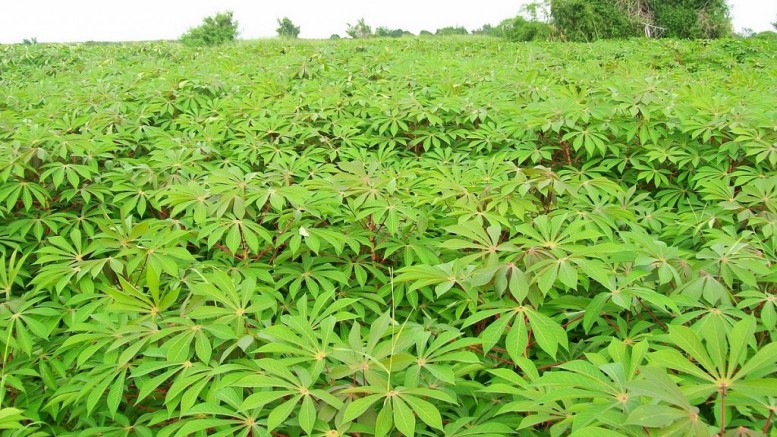 The cassava business is currently experiencing some difficulties as a result of misunderstanding between farmers and processors over pricing.

Our correspondent gathered from farmers that many of them might end up making no gain on their cassava harvests this year going by the ridiculous amount the buyers were willing to pay for the produce.

The National President, Nigeria Cassava Growers Association, Mr. Segun Adewumi, said that the cost of harvesting the crop was higher than the price processors were willing to buy it.

“There is currently a glut of cassava because people were inspired by high prices of the produce last year to go into it massively this year. Now, many of them have cassava but there is no market for it.”

He added that due to the limited number of processors in the country and the fact that its supply was more than the demand, the price of cassava had dropped drastically.

A member of the Industrial Cassava Stakeholders’ Association of Nigeria, Enitan Onitiri, accused the farmers of charging ridiculous prices for the crop.

She said, “They were sitting on their cassava, offering to sell at very ridiculous prices, so we stopped purchasing. The processors have a price at which they can buy. Prices cannot just keep increasing; there has to be a cut-off point. If the production cost is too high, they cannot force that on a person that is going to take it off them.

“For instance, flour costs N200 per kilogramme and the landing cost of wheat that cassava flour is supposed to be substituted with is N100 per kg. If you were a business man, you would go for the cheaper option because you are getting the same end result.

“So, if we buy high, we cannot sell high; apart from paying so much for the cassava, one still has to buy diesel for generator, pay workers, get water and other amenities. With this, one’s profit margin is already depleted.”

Asked what the processors hoped to do should the crop become expensive next year, she said that the association planned to collaborate with a new community of cassava farmers, provide them with the necessary incentives to grow the crop and sell at a reasonable price.

Onitiri pointed out that farmers who complained about high cost of harvesting were probably doing subsistence farming, adding that in commercial farming, everything would become cheaper in the long run.

“If they have that leverage, they can sell the raw materials and not have to wait for so long because as they are waiting, they need to recoup the time and money during the interim gestation period,” she said.

According to him, people who go into farming ought to locate the market first before embarking on the planting.

He said that the ministry was encouraging farmers’ cooperatives to set up mini-processing centres instead of farming and looking for where to sell.

He said that the ministry had started biding for processing equipment, adding that by December, the equipment would be available in reasonable quantity and at affordable prices for the farmers to buy.

“The processors would be stationed in the farms so that as soon as farmers harvest their crop, they process it there,” he said.

But investigation by our correspondent showed that there would not have been any glut of cassava if the produce had been put into proper and sufficient use.

Nweke estimated that although more than 90 per cent of cassava production was processed into food, there was an annual demand of 1.15 million tonnes of fresh cassava roots for the production of about 250,000 tonnes of high-quality cassava flour primarily in Africa as a 10 per cent replacement for bread flour and for use in bouillon, noodles and the adhesive industry.

The report noted that the annual demand for native and modified starches used in food, paint and pharmaceutical industries exceeded 230,000 (an equivalent of one million tonnes of fresh roots).

The Regional Coordinator, West Africa, InitiatiefDuurzame Handel, Cyril Ugwu, stated at a stakeholders’ forum for strengthening the cassava value chain that there were lots of untapped opportunities in the industrial cassava sector.

Ugwu listed some of the firms that had intensified the demand for cassava derivatives as soft drink manufacturers, brewers, food and candy makers, as well as flour mills.

“Many multinational firms, both in and outside Nigeria, are asking for cassava starch, flour and syrup. The demand is there, if you can meet their quality specs. The possible derivatives you can get from cassava are cassava chips, animal feeds, high quality cassava flour, bread, biscuit, and snacks, among others. Cassava is also used as glue for plywood.”

Be the first to comment on "Cassava glut: Farmers, Processors Squabble Over Prices"

CBN Warns Operators on Licence Renewal, Others The Central Bank of Nigeria (CBN) has advised operators in the national payment system to ensure that they…