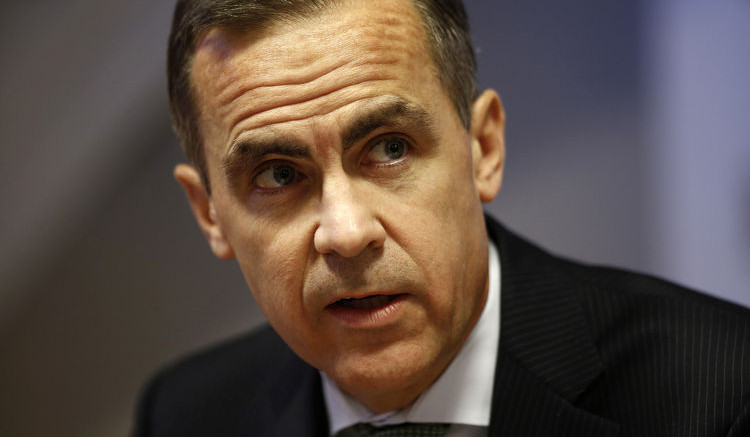 Mark Carney warned that the real uncertainty over the U.K.’s decision to leave the European Union is still ahead and that the Bank of England will need to respond accordingly.

“The Brexit journey is really just beginning — while the direction of travel is clear, there will be twists and turns along the way,” the BOE governor told a press conference in London on Thursday. He said that with inflation accelerating and risks to growth on the horizon, “we can see scenarios in either direction” for policy.

The BOE upgraded its economic forecasts for the second time since the Brexit vote while revealing that some policy makers have become more concerned about accelerating inflation. The revised outlook follows stronger-than-expected growth and reflects an easier fiscal stance, buoyant consumer spending and an improving global environment.

The Monetary Policy Committee now sees gross domestic product rising 2 percent this year, up from 1.4 percent in November. Carney stressed, however, that there are risks ahead, saying the “stronger projection doesn’t mean the referendum is without consequence.”

The solid expansion, coupled with a pickup in price growth, saw rate setters repeat that they have limited tolerance for inflation above their 2 percent target. Some members went further and said they are “closer to those limits.”

Inflation is forecast to accelerate through this year and peak at 2.8 percent in 2018.

The BOE left its key rate at a record-low 0.25 percent and its bond-purchase programs unchanged, it said on Thursday.

“If we do see a situation where there is faster growth and wages than we anticipated or spending doesn’t decelerate later in the year, one can anticipate there would be an adjustment of interest rates,” Carney said.

Still, in a sign that a change isn’t imminent, officials said there’s more slack in the economy than previously thought so the jobless rate can fall further without generating inflation. They also warned the decision to leave the European Union would continue to create uncertainty.

Carney is giving himself time to assess the potential longer-term economic fallout from Brexit. The Federal Reserve took a similarly cautious tone on Wednesday, giving little signal on the timing of its next rate increase as it tries to figure out what President Donald Trump’s actions mean for the U.S. outlook.

The BOE sees inflation averaging 2.7 percent this year and 2.6 percent in 2018, little changed from its November projections. It will slip back to 2.4 percent in 2019. The forecasts are based on market expectations for an interest-rate increase early that year, though the curve has steepened since the forecasts were completed.

The pickup in prices partly reflects the pound’s 15 percent drop since the Brexit vote in June. The upward pressure on inflation has eased somewhat, with sterling up 3 percent since the November forecasts. Policy makers said further currency volatility is likely as more details about the EU exit emerge.

They also expect faster price growth to weigh on consumers, though less than previously thought. Household spending is forecast to rise 2 percent this year, up from 1.25 percent in November. Housing investment — previously seen almost stagnating — is now expected to jump 3 percent.

The BOE has also become more optimistic about the labor market in the coming years, seeing the jobless rate about half a percentage point lower than previously anticipated. It cut its estimate of the equilibrium rate to 4.5 percent from 5 percent, which is lower than the current level of 4.8 percent.

While the Brexit impact on the economy has been limited so far, the U.K. hasn’t actually begun the formal exit process. Prime Minister Theresa May plans to trigger that by the end of next month. Lawmakers gave her their backing in an initial vote in Parliament on Wednesday, though there will further votes in the coming weeks before she can go ahead.