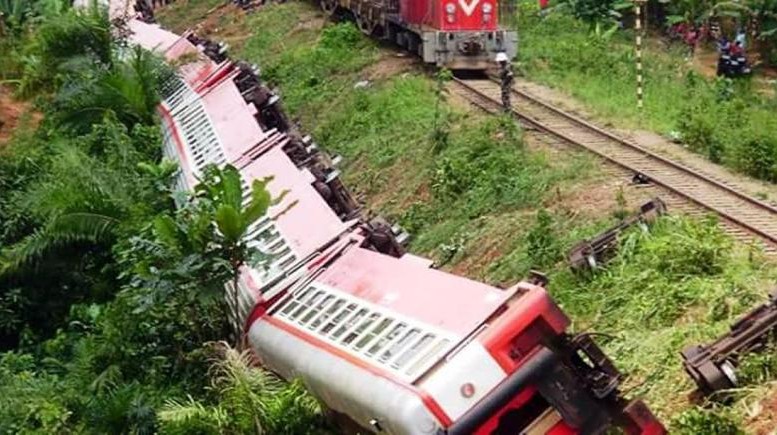 Fourteen people remained trapped on Friday under the wreckage of a packed passenger train that derailed en route between Cameroon’s two largest cities, killing at least 55 and injuring 575, the government said in a communique read on state television.

The Camrail inter-city train was traveling from the capital, Yaounde, to the port city of Douala when the accident occurred around 11 a.m. local time (1000 GMT) near the train station in the town of Eseka, around 120 km (75 miles) west of the capital.

“There was a loud noise. I looked back and the wagons behind us left the rails and started rolling over and over. There was a lot of smoke,” said a Reuters journalist traveling in a wagon near the front of the train.

Before its departure from Yaounde, he said that a railway employee said additional wagons had been added to the train to accommodate extra passengers, though it was unclear if that played a role in the accident.

The collapse of a section of the main highway between the capital and Douala had prompted increased numbers of passengers to undertake the journey by rail. The two incidents, which occurred on the same day, have now effectively cut the main transportation axis in the Central African country of over 22 million.

“There are the bodies of women, children. There are many,” said one employee of Camrail, which is operated by France’s Bollore, speaking from the scene of the accident. He said three of his colleagues were among the victims.

Joel Bineli, a passenger on the derailed train, told Reuters he saw dismembered bodies on the tracks at the accident site.

Social media users posted photos taken at the scene of the accident which showed several wagons overturned on a slope beside the rail line.

“Rescue workers arrived and they are pulling bodies from the wagon. I’ve already counted around 40 bodies they’ve removed,” said Rachelle Paden, another passenger.

Camrail said it had sent teams to the site and the injured were being transported to a local hospital. Others were driven to Douala. It expressed its condolences to victims’ families in a post on its official Facebook page.

A Bollore spokesman confirmed that an accident had occurred, but offered no further details.

Many rail lines in West and Central Africa have a reputation for poor maintenance and failing to respect safety norms. Derailments are relatively common.

Though Bollore is generally viewed as a reliable operator, it experienced another major incident last month when part of a bridge along a line it controls in Ivory Coast collapsed under the weight of a freight train.

Be the first to comment on "Cameroon Train Derails; at Least 55 Dead, Hundreds Injured" 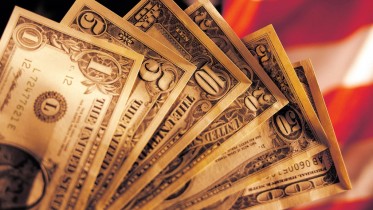 Nigeria to Work Closely With Global Partners on ERGP Execution

Markets across Asia-pacific continue to climb for second consecutive day