The decline in the prices of Nigerian crude oil has helped end a week-long deadlock between sellers and buyers, and key grades such as Forcados and Bonny Light were seeing a steady flow of trade.

Differentials for the nation’s oil cargoes slid again on Thursday, according to Reuters.

Shell was said to be offering cargoes of Bonny Light, Nigeria’s reference crude grade, as low as $1.10 a barrel above dated Brent for delivery in August, and around $1.20-$1.30 for September delivery, down from about $1.45-$1.65 earlier this week.

Forcados, meanwhile, saw fairly brisk business, as P66 and Petroineos took cargoes from Sahara and Vitol. The grade was offered as high as $1.80 a week ago, but changed hands at $1.35, two traders said.

Traders of both West African and North Sea crude have said they expect to see an increase in the US exports, given the growing discount of the US grades to Brent.

Reuters reported on Tuesday that sellers of Nigeria’s crude had been forced to cut their prices in order to get barrels moving, as an overhang persisted and physical markets elsewhere were also showing weakness.

A number of Nigerian grades had struggled to find buyers, as holders of physical cargoes were reluctant to risk putting additional pressure on a market that had already had to absorb an overhang of August-loading cargoes as trading in September crude got underway.

Meanwhile, the international oil benchmark, Brent crude, extended its decline on Thursday, trading around $72.08 per barrel as of 7pm Nigerian time as a trade dispute between the US and China escalated further and after Chinese import data showed a slowdown in energy demand.

AIB, US NTSB, Others to Probe Delta Airlines Accident 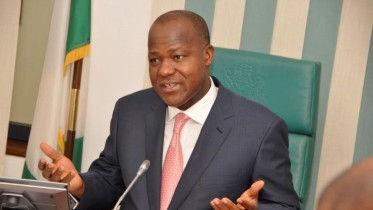