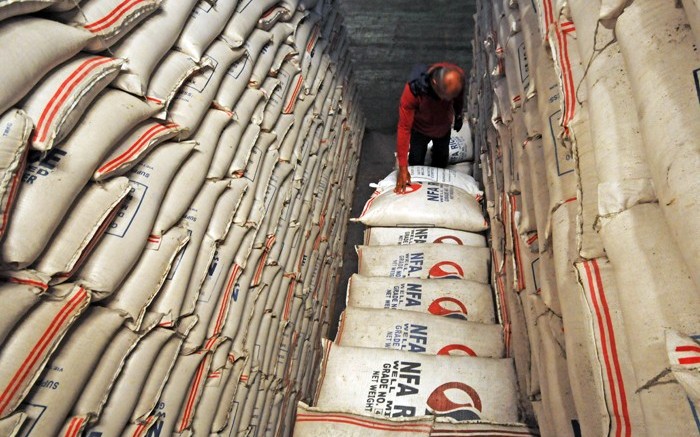 Prices of goods have gone up in the Nigerian market as lack of supply due to border closure bolstered prices.

Traders in the local market said the shortage of imported food items are fueling the surge in prices of goods across key local markets as sellers are said to be hoarding available goods to sell at a projected higher price around December when prices of Chicken, Rice, etc are expected to skyrocket.

“Prices of other measures of the same variant have also increased.”

Another rice seller at Isheri Market said rice dealers now sell at a much higher price, forcing them retailers to increase the price they sell to final consumers.

“We learnt that the government has closed the borders so the goods cannot come in again.”

Surprisingly, he said the price of local rice has also gone up, suggesting that imported rice has been sustaining the local market, hence why its scarcity impacted price.

Similarly, a woman who sells frozen chicken said the price of Chicken has gone up because of the border closure.

The surge in prices pointed to the fact that Nigeria is still not self-sufficient in rice production as claimed by some lawmakers a few months ago.

It should be recalled that Dangote also closed his Tomato Processing Factory due to insufficient raw materials.

Consumer Price Index, which measures the inflation rate, could surge above the current level of 11.02 percent in the final quarter if the Federal Government refused to open the border.

Be the first to comment on "Border Closure: Prices Soar Amid Shortages"

CBN, SEC Green Light for Access, Diamond Merger The Central Bank of Nigeria (CBN) and the Securities and Exchange Commission (SEC) have approved the merger…

Police Save Charly Boy From Mob