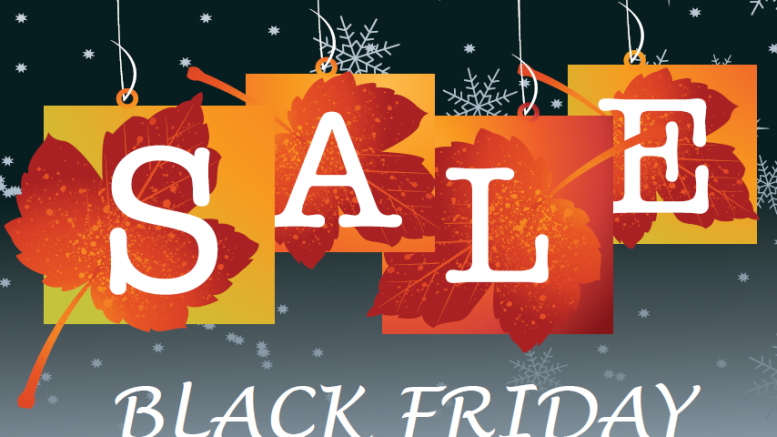 U.S. shoppers formed long lines at store checkout counters on Black Friday to snap up deep discounts on clothing and electronics, offering evidence that a healthy economy and rising wages are translating into stronger consumer spending at the start of retailers’ make-or-break holiday season.

“I am spending more, the mood generally is more upbeat,” said Sharon Neidert, 57, visiting New York City from Ohio. “My daughter moved out this year so I have more disposable income,” said Neidert, a manager at a software company.

One of the busiest shopping days of the year was off to a strong start, said Neil Saunders at GlobalData Retail.

The National Retail Federation forecast U.S. holiday retail sales in November and December will increase between 4.3 and 4.8 percent over 2017 for a total of $717.45 billion to $720.89 billion. That compares with an average annual increase of 3.9 percent over the past five years.

About 38 percent of American consumers plan to shop on Black Friday this year, and six in 10 of those shoppers anticipate making at least half of their holiday purchases on that day, a Reuters/Ipsos poll showed last week.

Shoppers picked up big-ticket items such as TVs, Apple Inc (AAPL.O) iPads and Watches at Target, while phones, toys, gaming consoles and cookware were top sellers at Walmart Inc (WMT.N).

Some of the deals:

– An H&M store (HMb.ST) in Manhattan offered 30 percent off everything in-store and online.

– At a Chicago-area Pandora, which makes popular charm bracelets that can cost up to $1,000, jewelry was 35 percent off before 10 a.m. and 25 percent off for the remainder of the day.

– A sign in the window of a Gap Factory Store in Jackson Heights, Queens, promoted “60 Percent Off Everything.”

– Walmart was selling a Roomba WiFi robot vacuum online or for in-store pickup for $100 off at $194.

– Buy one, get one free pajamas at Victoria’s Secret (LB.N).

Charlotte Jackson, from London, come to New York with her mother for Black Friday shopping.

“Black Friday isn’t as big of a deal back home,” Jackson, a 27-year-old tax adviser, said while shopping for lingerie and pajamas at Victoria’s Secret.

Many retailers, reacting to the bankruptcy of the Toys ‘R’ Us chain, are catering to parents.

Target said in October it planned to dedicate nearly a quarter of a million square feet of new space to its toy business across 500 of its stores. The discount chain’s customers will also be able to shop for more than 2,500 new and exclusive toys, Mark Tritton, Target’s chief merchandising officer said.

Department store JC Penney Co Inc (JCP.N), known for its mid-priced apparel, has also made a push into toys.

Sabrina Wengert, a 38-year-old homemaker, picked up a Discovery Art set and a Ned’s Head guessing game for her 9-year-old daughter.

“The toy section at JC Penney looks good and they have stocked more toys at Target too, but Toys ‘R’ Us going out of business is a big loss,” she said. “We are shopping for toys on Amazon this year as well.”

Shortly before 6 a.m. on Friday, shoppers were banging on the door at a Bath & Body Works in the Waterfront Mall in Pittsburgh, lining up for discounted candles, soaps and lotion, while long lines formed at checkout counters in a Dick’s Sporting Goods store in the mall.

There was little evidence of the delirious shopper frenzy of Black Fridays from past years, in other parts of the country, especially the Northeast, where crowds were thin due to record-setting cold weather.

An Athleta clothing store in Tyson’s Corner, Virginia, was offering hot chocolate with marshmallows to women in line for the dressing room.

Shoppers spent $1.75 billion online by 5 p.m. ET on Thanksgiving Day itself, with smartphone sales lifting overall online spending by 28.6 percent from a year ago, according to Adobe Analytics, which tracks transactions at 80 of the top 100 U.S. online retailers.

“So far, so good,” said Shawn Kravetz, president of Esplanade Capital. “Online (and) email solicitations (are) off the charts – have to get up an hour early just to digest and delete them.”

Consumers in San Francisco led the rest of the country with over 2.3 million online transactions, followed by over 954,000 in New York City, according to payments processor First Data Corp (FDC.N), which collects data from about 1 million U.S. merchants.

Be the first to comment on "Black Friday U.S. Shoppers Brave Cold, Long Lines in Hunt For Deals"