Growing anxiety about Bitcoin dominant status continued to weigh on the cryptocurrency.

Bitcoin plunged below $2,000 for the first time in two months after a breakout between rival factions.

Blame the Bitcoin civil war. After two years of largely behind-the-scenes bickering, rival factions of computer whizzes who play key roles in Bitcoin’s upkeep are poised to adopt two competing software updates at the end of the month. That has raised the possibility that Bitcoin will split in two, an unprecedented event that would send shockwaves through the $41 billion market.

While both sides have big incentives to reach a consensus, Bitcoin’s lack of a central authority has made compromise difficult. Even professional traders who’ve followed the dispute’s twists and turns aren’t sure how it will all pan out. Their advice: brace for volatility and be ready to act fast once a clear outcome emerges.

“It’s a high-stakes game of chicken,” said Arthur Hayes, a former market maker at Citigroup Inc. who now runs BitMEX, a Bitcoin derivatives venue in Hong Kong. “If you’re a trader, there’s a lot of uncertainty as to what happens. Once there’s a definitive signal about what will be done, the price could move very quickly.”

The virtual currency has lost about a third of its value since reaching a peak of just below $3,000 on June 12. 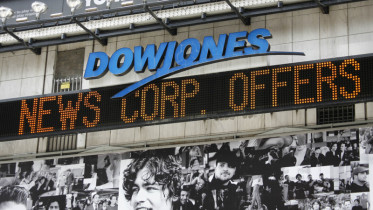