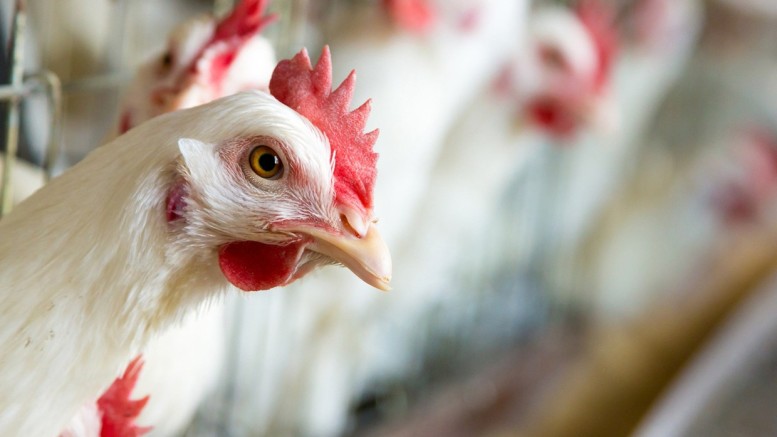 The Acting President, Prof. Yemi Osinbajo, has directed the Ministry of Agriculture to liaise with the Ministry of Finance on how to settle the N1.7bn outstanding compensation for poultry farmers whose birds were destroyed by the Federal Government as a result of the outbreak of avian flu, popularly known as bird flu.

The government is also making efforts to address the shortage of maize and soya beans, which has led to an astronomical increase in the prices of the grains.

It also raised the alarm over imported frozen chicken, saying they were causes of some diseases.

The Minister of State for Agriculture, Heineken Lokpobiri, disclosed these to State House correspondents after a meeting Osinbajo had with a delegation of the Poultry Farmers Association of Nigeria at the Presidential Villa, Abuja on Friday.

Lokpobiri said the outbreak of the avian flu led to the destruction of many birds in the country.

He said while part of the compensation had been paid, the government still had an outstanding N1.7bn to settle.

“We have an outstanding of N1.7bn to pay. The acting President has said we (Ministry of Agriculture) should liaise with the Ministry of Finance to see how we can get that sorted out,” the minister said.

He explained that the meeting also addressed some concerns in the poultry industry, especially the rising cost of maize and soya beans, which are important inputs of the industry.

According to the minister, the invasion of maize farms by army worms in 2016 led to a huge shortage of maize and soya beans in the country.

The minister said, “They (the poultry farmers) came today to see how we can intervene to get maize available in the market. This is also an opportunity to send a signal to those who are hoarding maize that anybody who is hoarding maize is hoarding at his own peril. The Federal Government will not buy.”

Lokpobiri added that the issue of smuggling also came up during the meeting with the acting President.

He said many Nigerians were now down with unknown diseases as a result of the health hazards posed by eating frozen chicken.

The minister added, “Part of the reasons we have a lot of people down with certain diseases we do not know is the health hazards due to the consumption of frozen chicken. Most times, they use what they use to preserve dead bodies and it causes harm to the kidney.

“Customs too were in the meeting and charged on how to improve their surveillance programme so that we stop that. We discussed other issues about agricultural equipment, which people will benefit from the policy of zero duties and essentially is to see how we can intervene in the poultry industry that has over 15 million people.”

The National President, PFAN, Ayoola Oduntan, commended the Federal Government for being proactive in addressing the issue of shortages of maize across the country.

The Minister of Finance, Kemi Adeosun; Comptroller-General of the Nigeria Customs Service, Hammed Ali; and Governor of the Central Bank of Nigeria, Godwin Emefiele, also attended the meeting.

Be the first to comment on "Bird flu: Poultry Farmers to Get N1.7bn Compensation"