The Central Bank of Nigeria has asked Deposit Money Banks to forgo the interest charged on petrol subsidy-induced loans advanced to oil marketers from June 2017 to December 2018, our correspondent has learnt.

The CBN was said to have conveyed the message to banks in a meeting with them and marketers last month, as part of efforts to resolve the outstanding subsidy debts owed by the Federal Government to marketers.

An industry source, who disclosed this to our correspondent, said, “We had a meeting in December in Abuja and another one in Lagos where the CBN told the banks to reverse the interest from July 2017 till date. In the banks’ books, marketers owe N800bn; so it is a negotiation, with the CBN acting for the government. That debt is too big.

“The CBN said to the bank, ‘Rather than lose all that money, reverse one third of it, and we will find ways to pay the balance.’ The CBN did it on behalf of the ultimate debtor, which is the government.”

He said some of the marketers had received from the Debt Management Office promissory notes, which would be due on December 31, 2019, for the payment of the first tranche of N236bn.

“The request was from the Federal Government to the banks, to which the CBN Governor consented on behalf of the banks that all interest on subsidy-induced loans for Premium Motor Spirit would stop 30th June, 2017,” Adewole said.

Asked if all DAPPMAN members owed subsidy debts had received promissory notes for the payment of the first tranche, he said some had, while some were trying to vacate court judgments.

“Some banks, however, claim they await policy document from the CBN before acting on the notes, leaving marketers in the cold since submission of notes to them in December,” he added.

In December, the Chief Operating Officer, Downstream, Nigerian National Petroleum Corporation, Mr Henry Ikem-Obih, after a meeting with officials of oil marketers in Abuja, told journalists that the remaining portion of the subsidy claims would be paid in 2019.

Ikem-Obih said the Federal Government had insisted on making the payments through a promissory note, which was equivalent to cash and could be liquidated almost immediately.

The Senate, on October 31, condemned the Federal Government for not paying the subsidy claims despite approval by the National Assembly since July 2018.

RMAFC to Order Probe of Banks Over Stamp Duty 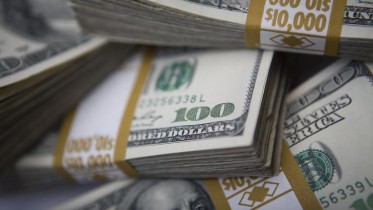 The U.S. dollar strengthened for a second day after falling to the lowest in almost a year. This was after two Federal Reserve officials reportedly…