The total credits from commercial banks to the private sector of the economy declined from N15.58 trillion in the third quarter of 2018 to N15.1 trillion in the fourth quarter.

The National Bureau of Statistics said in its banking sector report released on Tuesday.

According to the report, job creation in the banking sector rose by 1.8 per cent from 102,821 in the third quarter of 2018 to 104,669 in the fourth quarter. Suggesting new job creation remained positive despite headwinds.

The total transactions recorded during the fourth quarter stood at 616,528,697 and valued at N39.15 trillion.

The report noted that the Nigeria Interbank Settlement System Instant Payments transactions dominated most of the transactions with 228,209,423 payments valued at N23.57 trillion during the fourth quarter.

Analysis of the report showed oil and gas sector received N3.55 trillion credit allocation during the period. The highest bank loan to a single sector in the quarter.

This was followed by the manufacturing sector with total loans of N2.23 trillion.

“In terms of credit to the private sector, the total value of credit allocated by the banks stood at N15.13tn as at Q4, 2018″, the report read in part. 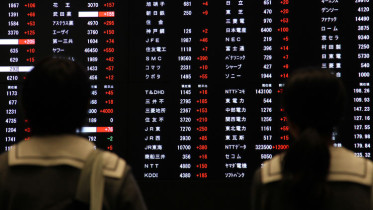