A total of 111 audit firms have started probing the 22 banks operating in the country for non-remittance of taxes and duties collected on behalf of the Federal Government.

Investigation by our correspondent showed that the firms were appointed by Revenue Mobilisation, Allocation and Fiscal Commission from a pool of about 150 firms that responded to an advertisement placed in the Federal Government-owned Tenders Journal in July.

Piqued by the level of revenue leakages in the country, the RMAFC had vowed to recover revenues due to the Federal Government and thus hired a large number of auditors to help unravel the duties and taxes that the banks had collected and failed to remit to government coffers.

The probe of the banks will cover the period July 2012 to December 2015. Our correspondent also learnt that the audit firms had a period of six months to submit their report to the Federal Government.

The audit will cover taxes, levies and duties collected by the banks for revenue collecting agencies, including the Federal Inland Revenue Service, Nigeria Customs Service and the Department of Petroleum Resources.

The probe is sequel to a similar exercise in which the banks were investigated for revenues collected between January 2008 and June 2012. The exercise had revealed that the banks failed to remit N12bn that they collected in taxes and duties on behalf of the revenue collecting agencies.

Following the success of the first exercise, the National Economic Council at its meeting on April 21, 2016 approved that the RMAFC should appoint a good number of consultants to ensure wide coverage in the verification of the activities of the banks regarding revenue collection.

Subsequently, RMAFC proceeded to advertise for the consultancy job in the July 24 edition of the Federal Tenders Journal. Investigation also revealed that government decided to appoint a large number of consultants to ensure coverage of most of the branches of the banks across the country.

NCC: We Will Continue to Fight against Cyber-criminality 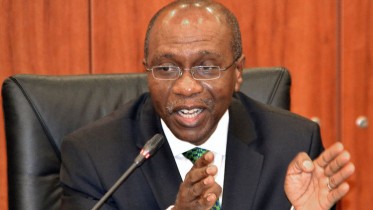