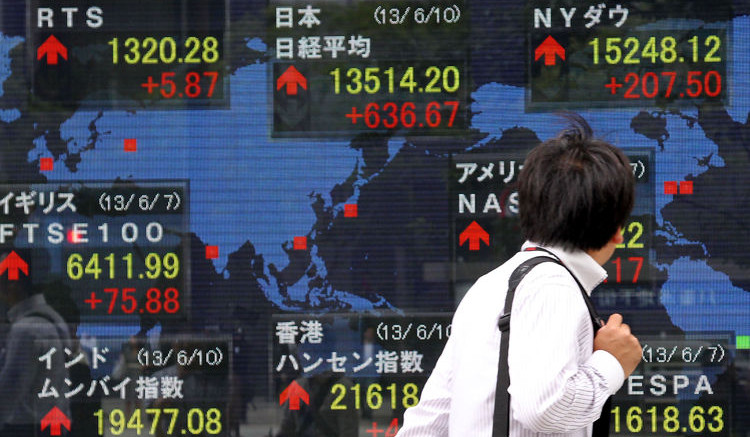 The selloff in riskier assets eased after U.S. stocks staged a recovery, with the dollar putting the brakes on losses and most Asian equity markets climbing.

Investors are weighing the chance of slower inflation necessitating less need for quicker interest-rate increases from the Federal Reserve. Fed Bank of Chicago President Charles Evans said two hikes may be the right amount of tightening for the U.S. economy this year, given uncertainty surrounding the outlook for inflation and government spending.

“On balance the underpinnings are strong enough that we want to stay long” equities, Ted Weisberg, president at Seaport Securities, a brokerage in New York, told Bloomberg TV. “We are viewing any kind of selloff as a buying opportunity.”

Here are this week’s key events:

Asian Stock Outlook Burnished With Oil Above $40 on Weak Dollar

Be the first to comment on "Asian Stocks Climb as Worry Eases, Dollar Steadies"

Power Firms Fail to Remit N4.6bn Revenue Power distribution companies did not remit N4.62bn revenue due to the sector in May, the latest report on…