Asian stock were on track for their longest run of weekly gains in 1 1/2 years as a resurgence in crude oil prices melds with a dovish Federal Reserve to bolster appetite for riskier assets. The dollar lingered near an eight-month low.

Mining and energy shares drove Australia’s benchmark to its highest level since the start of January, and index futures in South Korea and Hong Kong signaled gains after the Dow Jones Industrial Average erased its 2016 losses. Osaka-traded Nikkei 225 Stock Average futures were down, however, as the greenback maintained declines versus the yen to Australia’s dollar. The Bloomberg Dollar Spot Index was near its lowest closing level since June and forward contracts on Asian emerging-market currencies foreshadowed further gains. U.S. crude held above $40 a barrel, close to its highest.

The revival in equities moved on to a more solid footing this week as the Fed reduced the number of interest-rate hikes it expects to enact in 2016 amid concern over a global slowdown and its impact on the U.S. economy. Oil’s more than 50 percent recovery from an almost 13-year low reached just five weeks ago has underpinned a revival in risk assets, burnishing sentiment among traders bruised from the volatile start to the year. Despite stimulus moves in Japan and the euro area having a mixed impact on markets, policy makers pressed ahead this week, with the Fed’s dovish comments followed by rate cuts in Norway and Indonesia. The Bank of England held its rate at a record low.

“Markets are still settling down after the more-dovish-than-expected Fed,” Philip Borkin, a senior economist in Auckland at ANZ Bank New Zealand Ltd., said in a note to clients. “It appears FOMC members have become more concerned with the outlook for the global economy. Markets, of course, started the year with their own case of the jitters, but have shown a little more stability of late. Are central bankers therefore just a little late to the party? Or do they know something that we don’t?”

China reports on property prices Friday, and a gauge of consumer confidence in New Zealand is due. Japan updates on store sales and Thailand issues data on foreign reserves, while the Philippines reports on the balance of payments.

Dow Average futures were up 0.2 percent with those on the Standard & Poor’s 500 Index after last session’s gains of at least 0.7 percent in those indexes. Contracts on the Kospi index in Seoul added 0.3 percent in most recent trading, while those on Hong Kong’s Hang Seng and Hang Seng China Enterprises indexes rose at least 0.2 percent.

In Japan, the outlook was less clear, with yen-denominated futures on the Nikkei 225 Stock Average climbing 0.4 percent to 16,770 after slipping 0.8 percent the previous session. In the Osaka pre-market, Nikkei 225 futures were bid for 16,780, down from 16,820 at their close on Thursday, while Singapore-traded contracts lost 0.5 percent to 16,730.

The yen, which typically moves at odds with Japanese stocks, was little changed at 111.32 per dollar after climbing 1 percent on Thursday. The currency is set for a weekly advance of 2.2 percent, the most in a month.

“There’s concern for exporters’ earnings,” Nobuyuki Fujimoto, a senior market analyst at SBI Securities Co. in Tokyo, said by phone. “If the yen’s trading around 114 to the dollar than companies will expect profits next fiscal year, but when its 110, most exporters will post losses.” 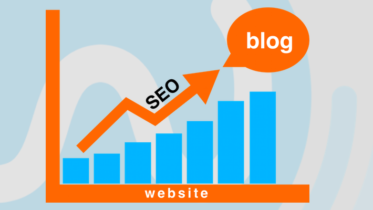