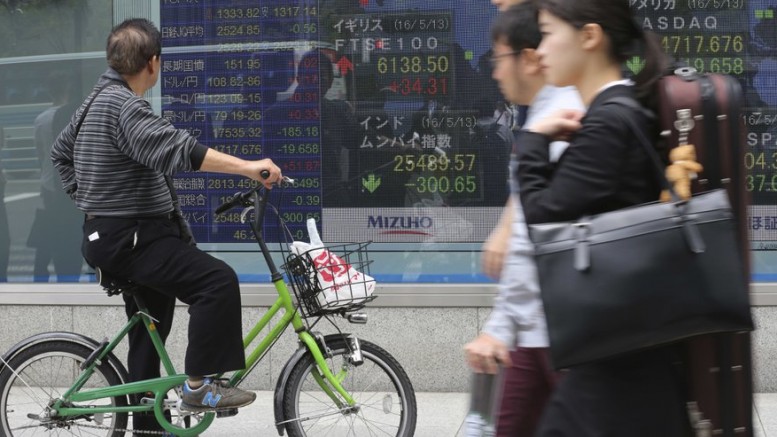 Asian stocks were mostly higher in light trading, while the dollar strengthened after its worst start to a year since 2006. Oil extended the longest winning streak of 2017.

Japan’s Topix rose as a survey showed confidence grew among manufacturers, while the yen erased an early advance sparked by the ruling party’s defeat in Tokyo elections. Stronger Chinese data failed to spur gains among Shanghai shares. The first day of China’s new bond link to the rest of the world started on Monday, with little in the way of a market reaction. Trading volumes were light before a U.S. holiday as investors awaited Friday’s report on the American jobs market.

“Stocks are showing little reaction to Japan’s election as markets wait and see whether the result will have any impact on a national political level,” said Koji Fukaya, chief executive officer at Tokyo-based FPG Securities. “The focus this week is U.S. data, whether they will support the Fed’s hawkish view.”

Central banks stole the limelight last week as a more hawkish tilt spurred some reassessment from investors on policy steps. Attention now turns to a swathe of manufacturing reports. A private gauge of China’s manufacturing exceeded estimates in June, adding to evidence that the economy is maintaining some momentum after a strong start to the year. Japan’s Tankan survey showed confidence among large manufacturers improved for a third straight quarter.

With global equities trading near a record high on bets of improving growth, stocks continue to be one of the best-performing assets this year, with emerging-market shares soaring in the first six months of 2017. History shows the dollar may be in for further pain after dropping more than 6 percent in the first half, while the euro remains the strongest major currency this year on bets a recovery is broadening.

The yen’s reaction was muted after Japan’s ruling party lost to an upstart outfit in an election for Tokyo’s assembly, presenting Prime Minister Shinzo Abe with one of his biggest tests since coming to power in late 2012. Haruhiko Kuroda shouldn’t serve another term as governor of the Bank of Japan because the central bank will need fresh ideas as it moves toward exiting years of unprecedented monetary easing, according to an adviser to the prime minister.

Here are some key upcoming events:

Be the first to comment on "Asia Stocks Edge Higher; Oil Gains for Eighth Day" 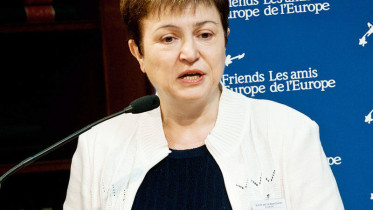 W’Bank: Economic Mobility Stalls in Nigeria, Others in Last 30 Years Generations of poor people in developing countries are trapped in a cycle of poverty…