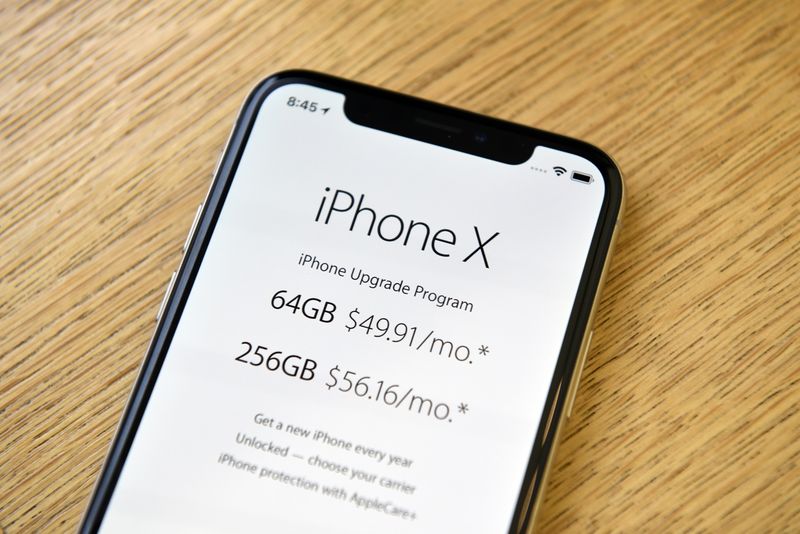 The series of reports showed iPhone unit sales will start falling from the first quarter of 2019.

This was after Apple announced it would stop reporting iPhone sales, further adding to speculations that the once fast-selling iPhone might actually be struggling with sales.

Lumentum, a key supplier of Apple’s facial recognition, lowered its 2019 forecast, saying a large customer cut orders by 30 percent – without mentioning Apple – however, Apple is its largest customer.

Also, JPMorgan analysts said in a note distributed to clients on Monday, “We now forecast modest year-on-year declines in iPhone shipments for both calendar 2018 and 2019 on account of a weaker macro backdrop in emerging market.”

Another company, TF International Securities on Monday released a statement through its analyst Ming-Chi Kuo, saying the company has reduced iPhone XR estimation.

“We have reduced our iPhone XR shipment estimation from 100mn units to 70mn during the new product lifecycle,” Kuo wrote. This he attributed to the drop in consumer confidence in China due to the trade war, high prices and competition from Huawei.

He, however, said Apple’s less-expensive older phones may experience a sales boost.

“The legacy iPhone models forecast is likely to increase significantly thanks to more affordable prices; the total iPhone shipments in first of 2019 are likely to see a Year-on-Year decline,” Kuo continued, citing Career and Nissha Printing as two suppliers that might be affected by Apple’s cuts.

JPMorgan analysts said, “these challenges are largely cyclical and investors should pay greater attention to the transformation to services, where Apple was able to report quarterly record revenue of $10 bn in [the most recent quarter] despite a regulatory challenge in China.”

Tim Cook, the Apple CEO, was recently asked if he doesn’t think not disclosing iPhone sales as usual will scared investors.

Apple CEO responded by saying “Our installed base is growing at double-digit, and that’s probably a much more significant metric for us from an ecosystem point of view and customer loyalty, et cetera. The second thing is this is a little bit like if you go to the market and you push your cart up to the cashier and she says, or he says how many units you have in there? It doesn’t matter a lot how many units there are in there in terms of the overall value of what’s in the cart.”

The uncertainty surrounding global growth, rising wage growth in the US and the higher exchange rate will normally impact Apple profits even without a drop in sales. However, with the projected drop in sales of Apple’s best selling product to date, company’s profitability maybe reasonable impacted.

The Central Bank of Nigeria on Friday said there was a fire outbreak at its branch in Gombe.

In a statement released by the apex bank through its official Twitter handle @cenbank, it said “Today, a minor fire incident was reported at our Gombe branch.”

The central bank further stated that the fire started from an electrical fault and destroyed some furniture in the Controller’s office but it was quickly put out.

Also, the apex bank emphasised that no injury, records, or assets were affected during the incident.

“The fire which started from an electrical fault and partially destroyed some furniture in the Branch Controller’s office was promptly put out. There was no injury and no record or other asset of the Bank was affected.” 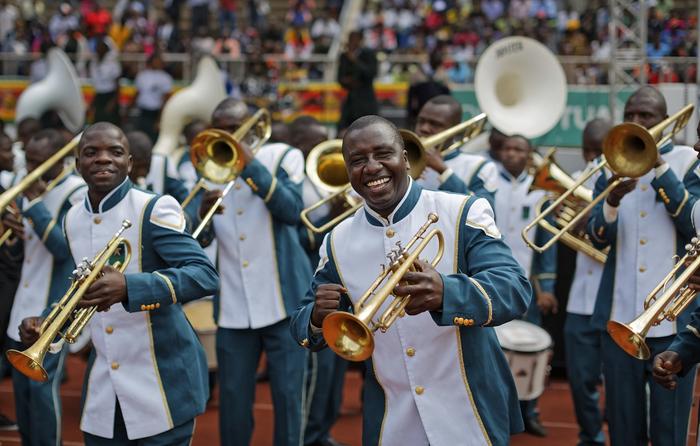 The African Export-Import Bank Ltd has agreed to grant the embattled African nation a $250 million three-year credit facility, according to a source familiar with the details.

The anonymous source, who spoke with Bloomberg correspondence, said about $150 million of the said funds are expected to be used to finance fuel and the rest on essential services.

The southern African nation, which has previously secured funding from Afreximbank using minerals as collateral, is blocked from accessing loans from the International Monetary Fund and other multilateral lenders because of unpaid debts.

Zimbabwe is facing an economic crisis with shortages of foreign currency, fuel and food and with inflation surging to 786%. 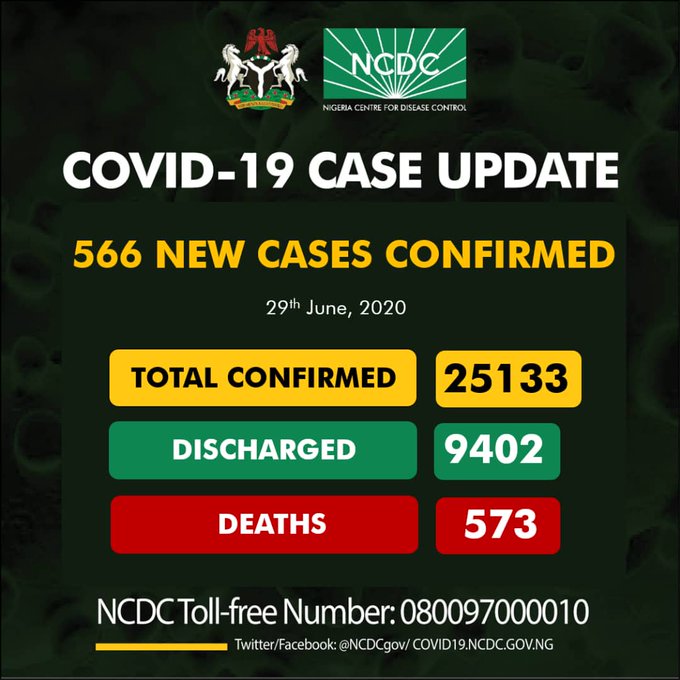 The Nigeria Centre for Disease Control (NCDC) on Monday said the total number of COVID-19 infected people rose by 566 on Monday to 25,133.

In the report released on the agency website, Nigeria presently has 15,158 active cases with 573 deaths and 9,402 recovered and discharged patients.

According to the NCDC, the 566 new cases were reported from 20 states with Lagos remaining frontline state with 166.

Meanwhile, the Federal Government has lifted the restriction on interstate movement on Monday despite the rising number of new cases and people’s nonchalant attitudes to COVID-19 prevention guidelines.

Below is a complete breakdown of COVID-19 cases by state