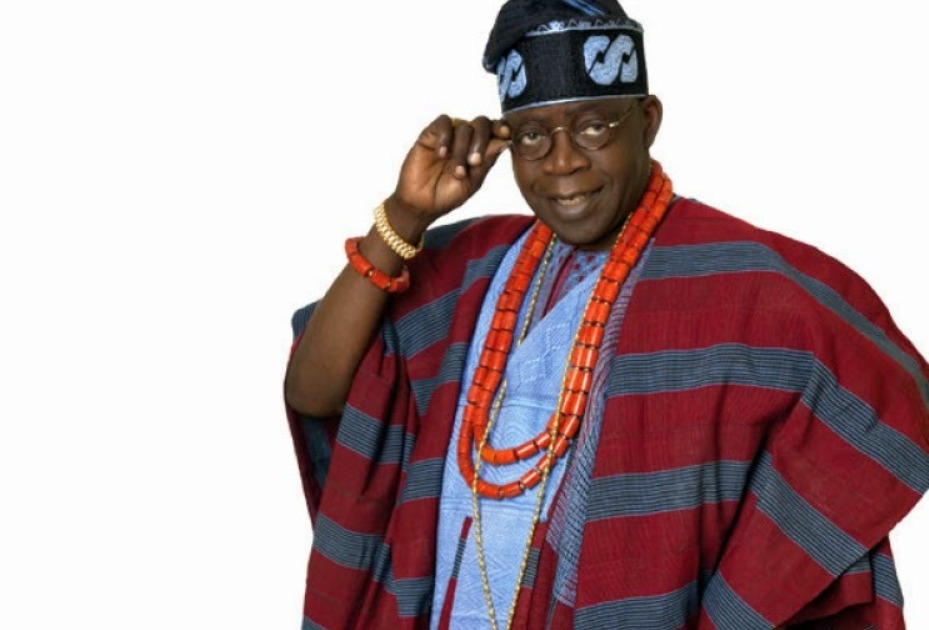 It appears the All Progressives Congress may have initiated moves to investigate allegations of anti-party activities against the National Leader of the party, Asiwaju Bola Tinubu and some of the party members believed to be loyal to him.

This is happening as the party appears to be in a dilemma over how to deal with the party leader over suspicion that he is backing the Alliance for Democracy in the forthcoming Ondo State governorship election.

Tinubu is believed to be supporting Chief Olusola Oke, one of the governorship aspirants in the party’s primary in Ondo State who had recently defected to the Alliance for Democracy, along with his supporters.

The leadership of the APC, according to impeccable sources said considered the purported support for an opposition party by a leader of the APC ahead of the coming Ondo governorship election as constituting anti-party infractions that should not be overlooked.

Tinubu’s godson, Dr. Olusegun Abraham, was edged out in the primary won by Chief Rotimi Akeredolu (SAN), who is believed to have enjoyed the backing of the party’s national leadership.

The delegates’ list for the Ondo APC primary was said to have been doctored to favour Akeredolu and this allegedly infuriated Tinubu.

As such, Tinubu asked the APC’s National Chairman, Chief John Odigie-Oyegun, to resign over his alleged role in the primary in which his (Tinubu’s) candidate had come second.

In the statement in which the party’s national leader made the allegations, Tinubu said Odigie-Oyegun had “dealt a heavy blow to the very party he professes to lead” by derailing from the path of progressives.

The post-primary election crisis of the Ondo APC took a different dimension when Oke defected to AD in a move believed to have been instructed by Tinubu.

Party sources, who spoke on condition of anonymity said that they had proofs that Tinubu was backing the AD governorship candidate. They added that the party leader had released funds for Oke’s campaign.

The Ondo State chapter of the APC confirmed that some members of the party were under investigation over alleged anti-party activities.

The Publicity Secretary of the party, Mr. Abayomi Adesanya, said specifically that some members loyal to Tinubu had been found to be involved in some activities against the party in the recent time.

Abayomi, who said expulsion from the party was the penalty for any anti-party activity, said the national body of the party would investigate and later come out with an action against any national leader involved in such activity.

“Anti-party action is a serious offence in any political party and in our own party, total expulsion is the penalty.”

But a chieftain of the APC loyal to Tinubu, Mr. Bola Ilori,  said APC members who supported Rotimi Akeredolu’s emergence as the party’s candidate were those involved in anti-party activities.

Ilori, who is a loyalist to Dr. Segun Abraham, alleged that the National Chairman of the party, Chief John Odigie-Oyegun, was also involved in anti-party activities by allegedly using veto power to over-rule the recommendation of the Electoral Appeal Committee and submitted Akeredolu’s name to the Independent National Electoral Commission.

He said, “ Whoever is promoting or supporting Akeredolu to be the candidate of the APC is involving in anti-party (activities) because the NWC voted five to six not to submit the name of Akeredolu, and the National Chairman went ahead and submitted his (Akeredolu) name. So, what they have done is anti-party (action) itself.

“What they have done is anti-party (action) that has never happened in the history of the party.”

Meanwhile, APC members explained that the ruling party’s constitution prescribes sanctions against anyone found to be engaged in anti-party misdemeanor.

The Publicity Secretary of the Kwara State chapter of the APC, Mr. Sulaiman Buhari, said “A panel will be set up to investigate the matter. After the investigation, it is the panel that will recommend the punishment but it is stipulated in the Constitution. The person can be suspended or expelled from the party, given the (nature of the) offence. The situation also applies to chieftains of the party.”

The Cross River State Chairman of the APC, Mr. John Ochala, simply said, “Suspension,” when asked the specific sanction the party had reserved for those engaged in anti-party activities.

In Rivers State, the Publicity Sectary of the APC, Mr. Chris Finebone, said any political party that is worth its salt must sanction any action by any member that is detrimental to it.

The Edo State chairman of the APC, Anselm Ojezua, said, “It (anti-party activity) can range from suspension to expulsion, depending on the circumstances of the case. There are no party chieftains; in the APC, everybody is a member.”

Meanwhile, Oke has said that he defected from the APC to the AD because he failed to get justice after he challenged the result of the primary of the party held on September 3. 2016 and the national leadership refused to act on the recommendation of the appeal committee.

The former National Legal Adviser of the Peoples Democratic Party, who spoke through his media aide, Mr. Rotimi Ogunleye, said he made a wide consultation with people across the 18 local government areas of the state before taking the decision to leave the APC, stressing that it was on the advice of the people that he took the decision.

He also declared that since he had the support of the people, many members of the APC, PDP and many other political parties in the state would soon join him in the AD.

On whether he had the support of Tinubu, Oke said he had sold his credentials to Tinubu and national leaders of other political parties.

“Because of the status and personality of Asiwaju Bola Tinubu, we are duty bound as politicians to sell the dossier and credentials of capacity and experience to him and all the leaders of political parties and hope that they would give support to progressive ideas that can develop the people and lead to the growth of our state when they see these ideas,” Oke added.

Repeated calls to the mobile telephone of the party’s National Chairman, Chief John Odigie-Oyegun were neither picked nor returned.

A response to a text message sent to him was still being awaited as of the time of filing this report.

Similar efforts made to get a reaction from Tinubu were equally unsuccessful. Calls to the mobile telephone number of his spokesman, Mr. Tunde Rahman, were neither picked nor returned.

A response to a text message sent to him was still being awaited as of the time of filing this report.

Atiku, Others Hail FG Over withdrawal of Charges