The judge who addressed NJI, AMCON and federal high court judges together on Friday in Abuja said recovering the over N5 trillion owe AMCON is a national assignment that must be supported by all stakeholders, especially the judiciary.

He said, “My Lords, banks are drivers of the economy as they supply its oxygen. That is why during the 2008/2009 financial crisis in Nigeria (partly triggered by global financial crisis, and partly by domestic activities), government intervened to support the banks by bailing them out in order to allow the financial system to continue functioning. In the absence of government intervention in the banks through the vehicle, which AMCON provided, a number of banks in the country would have failed thereby inhibiting banks from playing their crucial roles in the economy like payment of services to households and companies extension of credits, savings accounts and financial insurance among others.”

AMCON was established in 2010 to resolve rising non-performing loans that could plunge the Nigerian economy into recession due to the systemic risk associated with high level of bad debts in the financial sector.

While the funds were injected into ailing banks in exchange for equity, the management of AMCON has not been able to recover the injected funds or the exchanged equity. A situation that is preventing the organisation from assisting other businesses.

“My Lords, it is clear to us now that we (AMCON) cannot go very far without the support of the courts because AMCON obligors deliberately raise technicalities in courts to elongate and delay their cases with AMCON.”

“It has become clear to us that in order to attain the target as we approach sunset, we must redouble our efforts in the areas of enforcement. The AMCON Act anticipated a situation where we may need to enforce if negotiations fail. Negotiation has failed us, given our sunset date. It is also clear to us that we cannot go very far without the strong support of the judiciary. Out of the 191,766 cases pending at the federal high court, more than 3,000 are related to AMCON alone,” Kuru added. 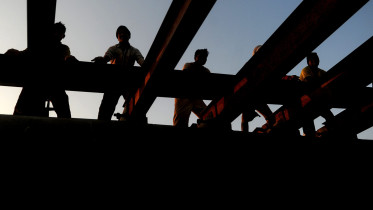 The World Bank loan commitment to Nigeria has risen to $6.29bn, statistics from the Debt Management Office have shown. According to the latest debt figures…