The Asset Management Corporation of Nigeria (AMCON) has injected a total of N1.5 billion into Arik Air since it took over the distressed airline in February 2017.

The Chief Executive Officer of Arik Air, Captain Roy Ilegbodu, who disclosed this during an interactive session on the activities at Arik, two months after the new management team was appointed by AMCON, commended the corporation for its support.

“AMCON indeed has been very supportive with funds and that is why we are still here today. I would say that in the first couple of weeks that we took over, AMCON injected approximately N1.5 billion. Basically, that has sustained us comfortably,” he explained, while responding to questions by journalists.

Ilegbodu added: “A lot of people think that in three or four months, you can turn around an airline. But it doesn’t work so in this business. Everything is well guided because you have to make sure all the parts of the business are in order. Everything is done systematically and AMCON has supported us very well. We have been able to source spare parts and as I speak, we have spare parts arriving on daily basis.

“So, we have managed to stabilise operations and the unpaid staff have been paid salaries and we are up to date on that. A lot of the expatriates also, we have paid them up to date. As of today, we operate a fleet of about eight aircraft, but by mid-May, we would have 14 airplanes in service and we are going to maintain that number for a while.

“We don’t want to grow the operations so rapidly because it has its own setback. Our passenger number has gone up considerably and on Friday alone we lifted over 3,000 passengers. But decision has to be made on how to proceed in the future.”

According to him, a lot of the aircraft his team met on ground were “cannibalised.” This, he said, meant that what the previous management was doing was that they used spare parts from those airplanes on ground that were not functional to keep the few flying operational, which he alleged degraded the status of all the planes on ground, saying it wasn’t in line with best practice.

Ilegbodu further explained that in the last two months when his team took over operation at Arik, they have tried to regain control and slowed things down deliberately because the industry is one where safety is very critical.

“When we took over in February, we looked at what was on ground at Arik. What we met was quite interesting and disturbing also. For an airline that had about 30 aircraft on its book, they were only about 10 of them that were functional. So, one would say that AMCON’s intervention was very timely. If you look at some of the things that are on ground, you can easily deduce that the company would have folded up in a couple of months.

“Then, they were no spare parts in the stores to support the operations and you could see slow attrition in terms of aircraft fleets. They were huge bills left unpaid when we came on board which we have tried to address. This business is mainly driven by credit and a lot of people offer credit based on trust.

“So, once you start to bridge that trust, then you lose those credit facilities. Arik had reached that stage where a lot of creditors were refusing to do business on credit. Then, a lot of flights were being delayed and customer confidence dropped significantly.

“Also, by the time we started looking at the financial records, in addition to what AMCON was being owed, we noticed that they were also exposed to third party creditors. Based on that, KPMG was called in to carry out a thorough audit of its books and that process is ongoing. More revelations keep coming up daily,” he said.

Also responding to a question about talks between the federal government and some private investors on two of the airlines that had been taken over by AMCON, he said investors should be sought to help reposition the company.

He said the airline would not be in a hurry to resume international flights for now until it sorts out a lot of its debt issues.

According to the Arik Air boss, the airline still owes a group called Europe Controls about €1 million, and other international creditors that must be sorted out before it resumes international flights.

Ilegbodu however pointed out that the KPMG audit would actually give a true position of where Arik is and would enable the government to decide on what to do going forward.

However, an aviation industry expert on Tuesday decried AMCON’s continuing efforts to de-market the airline and give its former management a bad name in order to justify its takeover of the airline.

He also described the amount injected into the airline as paltry relative to its size and needs.

He said Ilegbodu was being insincere when he said Arik has no spare parts, stressing that its former management left behind spare parts valued at $150 million.

“The AMCON imposed management has been economical with the truth about so many things. Spare parts left behind by the management that the corporation removed was valued at $150 million.

“Besides, what will the paltry injection of N1.5 billion do for an airline that has been valued at $3.2 billion by Lloyd’s of London? That is like a drop in the ocean and will not make any difference.

“Also, prior to Arik’s takeover, it was flying on average 8,000 passengers a day, but that has dropped to 2,400 passengers a day all because of AMCON’s interference, so how is the airline faring better today?” he asked.

The aviation expert, who preferred not to be named, also defended the old management of the airline, saying Arik’s indebtedness had been grossly exaggerated, stressing that Arik owes AMCON N175 billion.

Be the first to comment on "AMCON Injects N1.5bn into Ailing Arik Air" 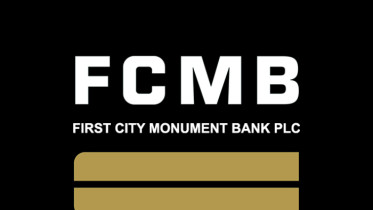 FCMB Organises Customer Forum for Exporters Businesses and other stakeholders involved in export trade would gather in Kano on November 30, 2016, for the First…