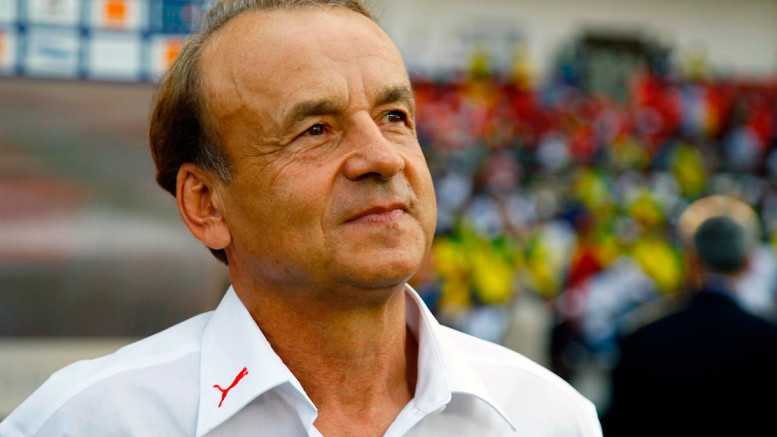 An indigenous oil and gas company, Aiteo Group, has concluded an agreement to pay all Nigerian national football teams coaches’ salaries for the next five years with N500m annually.

The Deputy Managing Director, Aiteo Group, Mr Francis Peters, made the disclosure at the agreement signing between the representatives of the company and the Nigerian Football Federation on Wednesday in Lagos.

Aiteo Group is an integrated, global-focused Nigerian energy conglomerate founded in February 2008. The company is the successor entity to Sigmund Communnecci Ltd.

Peters said that the payment was meant for the development of football in Nigeria, adding that the agreement was as a result of the groundwork done by Amaju Pinnick, the President of the NFF.

According to him, we are ready to support him because we knew he is an achiever considering what he did at Delta Football Association.

“That is why we decided to partner with the NFF in paying the coaches’ salaries with N500m per annum for the next five years.

“The sponsorship will commence on May 1, 2017, and will last five years with an initial option of a one-year extension.

“The deal grants exclusive rights to Aiteo Group and will cover all local and foreign components of the NFF’s financial obligations for the main team which is dissimilar to the recent deal with Zenith Bank.

“Aiteo Group’s overreaching social responsibility objectives are to encourage a positive impact through our activities in the society at large and which it has successfully done for several years.

“This is the long-awaited injection of funds the NFF has earnestly yearned for.

“We are convinced that we are turning a new chapter in Nigeria’s football with this agreement in place,’’ he said.

Reacting, Amaju Pinnick said that the journey started two years ago when he was campaigning to be an Executive Committee member of Confederation of African Football.

According to him, I met a lot of delegates from other countries who kept on mentioning Aiteo Group which have been supporting football in their countries.

“When I came back, I researched about the company and later met with them.

“They accepted my proposals as soon I contacted them, and within 10 days of discussion, we reached an agreement on how to be official sponsors of the NFF.

“In the next five years, there will be nothing about owing any Nigerian coach.

“I call on other corporate organisations to support the NFF to succeed, and I assure you, we will abide by every aspect of the contract signed today,’’ he said.

Dikko explained that the indigenous oil giant has the right to use the images of all national football teams in their commercials.

Be the first to comment on "Aiteo to Pay Rohr, Others N2.5bn as Salaries for Five Years"