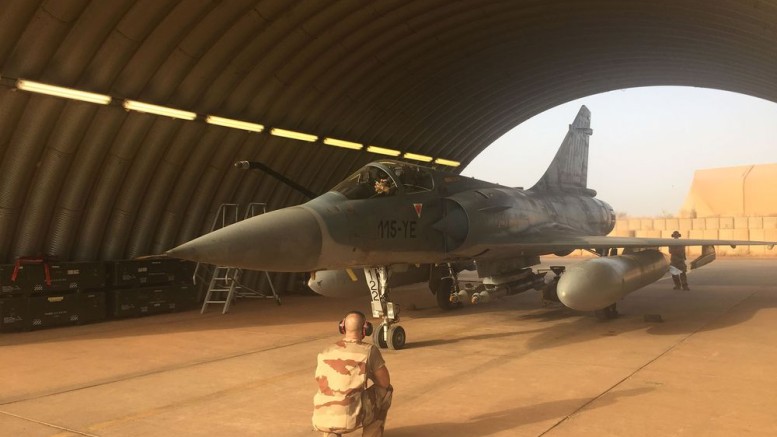 A soldier of the France's Barkhane mission stands next to a Mirage 2000 on November 6, 2017 in a French military base in Niamey. Photographer: Daphne Benoit/AFP/Getty Images

The level of transparency in military spending in sub-Saharan Africa is greater than previously thought.

A new report from the Stockholm International Peace Research Institute (SIPRI) carried out the survey between 2012 and 2017.

At least 45 of the 47 states surveyed published at least one official budget document in a timely manner online.

Contrary to common belief, countries in sub-Saharan Africa show a high degree of transparency in how they spend money on their military,’ says Dr Nan Tian, Researcher in the SIPRI Arms Transfers and Military Expenditure Programme.

‘Citizens everywhere should know where and how public money is spent. It is encouraging that national reporting in sub-Saharan Africa has improved.’

No transparency in Equatorial Guinea and Eritrea; fall in Botswana

While SIPRI’s study shows that there is generally a high degree of transparency in the military sector in sub-Saharan Africa, Equatorial Guinea and Eritrea have not published any official information on military spending since 2009 and 2003 respectively, and Botswana was one of very few states to show a deterioration in transparency.

Recently in Botswana, official budgetary reports have become increasingly difficult to obtain, there is a lack of a national defence policy and almost no government information or dialogue exists on issues such as arms procurement.

‘While these issues are worrying, the main cause for concern is the decreased public engagement on military-related matters,’ says Dr Tian.

Botswana had the third highest percentage increase in military spending between 2014 and 2017. Military spending grew by 60 per cent (or $182 million) in that period as part of several military procurement programmes involving France and Switzerland.

‘This military spending increase has occurred despite the fact that Botswana is located in one of the least conflict-prone areas of Africa and is one of the few states in sub-Saharan Africa to have never been involved in an armed conflict,’ says Dr Tian.

The Central African Republic (CAR) is one of the stand-out cases with substantial improvements in military sector transparency.

There is evidence of improved oversight and accountability in budget reporting, such as implementing an official budget formulation process and publishing budget execution reports both quarterly and biannually.

Although improvements are still needed in the areas of accessibility and disaggregation, military sector transparency has increased substantially.

‘The publication of accessible spending information is a major step towards greater transparency and accountability in the military sector,’ says Tian.

Unlike Europe and South America, there are currently no regional reporting mechanisms in place in sub-Saharan Africa for exchanging information on military expenditure between states.

The UN Report on Military Expenditures is the only international reporting system to which states in sub-Saharan Africa have agreed to participate.

In the period 2008–17, only five states in sub-Saharan Africa reported at least once, and no reports were submitted during the years 2015–17.

‘It is clear from SIPRI’s study that the lack of UN reporting is not due to a lack of information.

Rather, the challenge is to encourage countries to submit data to the UN,’ says Pieter Wezeman, Senior Researcher with the SIPRI Arms Transfers and Military Expenditure Programme.

‘Government transparency at the international level is key to reinforcing trust and encouraging dialogue between countries,’ says Ambassador Jan Eliasson, Chair of the SIPRI Governing Board and former UN Deputy Secretary-General.

‘Therefore, UN member states need to work together on implementing and improving reporting,’ he says.

Ghana Cuts Key Rate to Lowest Since 2015 as Inflation Slows

Be the first to comment on "Africa Transparent in Military Spending"

Banks to Adopt N360/$ Rate for 2018 Results Commercial banks are expected to adopt N360/$ exchange rate in reporting their 2018 financial results, a report…