African Export-Import Bank has announced the coming on board of Angola-based pan-African conglomerate, Aenergy, as a shareholder, following its successful subscription to Class “B” shares of the African multilateral trade finance bank.

The development is part of the efforts of the lender to broaden its shareholder base, targeting African investors.

The shareholding became effective on January 25 and followed discussions between the bank and representatives of Aenergy led by the founder, Ricardo Machado, and Jorge Morgado, the co-CEO of the company.

The statement read in part, “Aenergy has services spanning project development, procurement, logistics, engineering and execution; operations and maintenance services; and training, industrial manufacturing/assembly, with a long-term commitment to performance-driven technical assistance focused on digitalisation to enhance localisation and empower the final client.

It added, “Class “A” shareholders are African states, African central banks and African public institutions, including the African Development Bank, while Class “B” is made up of African private investors, mainly financial institutions and corporates.

“Class “C” shares are held by non-African investors, mostly international banks and export credit agencies, while Class “D” shares can be held by any investor.”

Be the first to comment on "Afreximbank Gets New Shareholder" 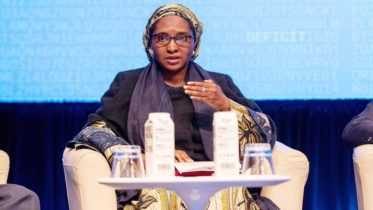