The Board of the African Development Bank has approved a $15m investment package for Infrastructure Credit Guarantee Company, to support infrastructure financing through the domestic debt capital markets in Nigeria.

The investment package to InfraCredit comprised a subordinated loan of $10m and a risk sharing facility of up to $5m.

AfDB stated that the intervention would promote local currency infrastructure financing and further development of the domestic capital market.

This is intended to uplift the credit rating of such bonds, allowing institutional investors to include them in their portfolios.

InfraCredit was founded by the Nigerian Sovereign Investment Authority in collaboration with GuarantCo, a part of the Private Infrastructure Development Group.

These initial investors had been joined by the Africa Finance Corporation and KfW, the German Development Bank.

It stated, “The investment boosts InfraCredit’s qualifying capital base through the subordinated loan; it also improves its capacity to expand its guarantee business through the proposed risk sharing arrangement.

“InfraCredit’s operations will catalyse infrastructure investments in critical sectors such as renewable energy, housing, transportation, agricultural infrastructure, and telecommunications, which are critical for the country’s economic development. These also align with the bank’s High 5 agenda,” it added.

The Director of Financial Sector Development, AfDB, Stefan Nalletamby, said the bank’s support would strengthen the capital base of InfraCredit, underpinning the expansion of the company’s core business of guaranteeing of bonds issued to fund infrastructure projects.

The bank said the transaction would also result in the enhancement of the scope and impact of the bank’s interventions alongside private sector financing, especially from pension funds as well as from co-investment partners. 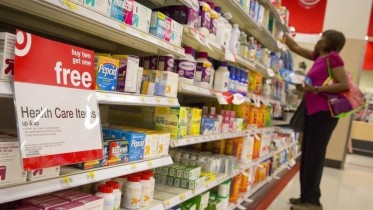