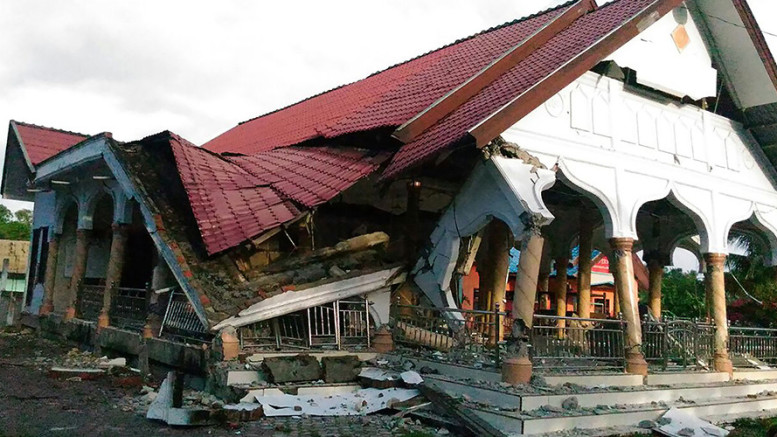 A badly damaged building is seen after a 6.2-magnitude earthquake struck Indonesia on 29, December 2016.

The Building Collapse Prevention Guild on Monday said about 36,000 potential buildings might soon collapse in Lagos State and other parts of the country.

According to the President of BCPG, Mr Akinola George, this is because most buildings in Lagos State are not constructed by the people who are properly trained to do so.

The BCPG said construction professionals had been reduced to mere onlookers in building construction as they participate in less than 20 per cent of the total volume of construction activities going on in the state.

“A survey revealed that over 45,000 sites existed at a time in Lagos State. Twenty per cent of this translates to 9,000. Hence, by deduction, quacks and other faceless characters by whatever names they are called are responsible for the remaining 80 per cent. A whopping 36,000 potential collapses are waiting to happen,” the group added.

The BCPG, an umbrella body of all construction professionals in the country, urged the Lagos State Government to pay serious attention to buildings in Lagos Island, Oworoshoki/Bariga, Somolu, Ebute Meta, Mushin, Ajegunle, among others, to identify all precariously standing buildings.

“In this regard, the government should set up a high-powered committee, comprising of government officials and private sector professionals, which would employ the Lagos State Material Testing Laboratory to check the integrity of buildings in these areas,” it said.

Prices of Building Blocks Rise Despite Slowdown in Construction Activities

Be the first to comment on "36,000 Buildings Waiting to Collapse, Says BCPG"