Finance and economic experts on Wednesday commended the Federal Government for increasing allocation to some key sectors of the economy such as power, works and housing; industry, trade and investment; transportation, water resources, agriculture and rural development.

The Federal Government in the 2018 budget proposal submitted to the National Assembly by President Muhammadu Buhari on Tuesday proposed to spend N555.8bn on capital projects in the Ministry of Power, Works and Housing as against N529bn allocated in 2017.

Transportation has a proposal for N263.1bn capital expenditure in 2018 as against N262bn in the current year, while agriculture and water resources have N118bn and N95bn as against N75bn and N95bn, respectively in 2017.

The experts, however, said that while the budget was crafted to stimulate growth and reduce poverty, the naira/dollar exchange rate used was not feasible.

A former President of the Nigerian Economic Society and current Executive Director, African Centre for Shared Development Capacity Building, Prof. Olu Ajakaiye, said the government was too optimistic in its projected revenues from non-oil sources.

The non-oil and other revenue of N4.165tn include share of the Companies Income Tax of N794.7bn; Value Added Tax of N207.9bn; Customs and Excise receipts of N324.9bn; Federal Government of Nigeria independently-generated revenues of N847.9bn; amnesty income of N87.8bn; various recoveries of N512.4bn; N710bn as proceeds from the restructuring of government’s equity in Joint Ventures; and other sundry incomes of N678.4bn.

Ajakaiye also opined that the debt servicing would be consuming a lot of resources and advised that government’s shifting attention to foreign borrowing should not lead to foreign debt overhang in the future.

Ajakaiye said, “On a general note, the budget is good. The only aspect that is too optimistic is the non-oil revenue projection. The increase from the figure of last year is quite large. The government needs to make sure that it has a structure in place to realise its projection on VAT and Company Income Tax.

“They may have taken into consideration that corporations that have not been making returns will start doing so. This year, for instance, JAMB suddenly made a huge return to the government.

“However, over the years, the targets from the non-oil revenue had not been met. The government needs to close the gaps.”

He added, “Another thing we see is that the debt service charge is still too high. Shifting to low-cost borrowing, we need to ensure that the funds are applied to generate not only naira, but also foreign currencies. The future challenge and risk of external borrowing should not be ignored.”

Ajakaiye urged the National Assembly to scrutinise the budget and pass it on time so that the implementation could start in January, adding that this had been the challenge over the years.

The President, Institute of Fiscal Studies of Nigeria, Mr. Godwin Ighedosa, said the decision of the Federal Government to make non-oil sector as the centre of its revenue projections to execute its plans in 2018 was commendable.

He, however, expressed worry over how the funds would be raised.

Ighedosa said, “For the first time, we are projecting that non-oil revenue is going to overtake oil revenue, which obviously is a welcome development because since the 1970s, our economy has been largely dependent on oil revenues.”

On his part, the Registrar, Chartered Institute of Finance and Control of Nigeria, Mr. Godwin Eohoi, said the increased allocation to power, works and housing would stimulate economic activities.

He stated, “The 2018 budget was properly structured to revive our economy but where the government did not get it right is in the area of the exchange rate, which was pegged at N305 to a dollar. This is not realistic and it may cause distortions.”

Meanwhile, analysts have said the increase in allocation to the ministries of Agriculture, Power, Works, Housing, Petroleum Resources and Aviation, among others, is not something to be excited about.

According to them, the government has yet to show enough willingness to adequately implement previous budgets, as they stressed that although the increase in capital allocation in the 2018 bill was a welcome development, its implementation must be taken seriously.

The President, Oil and Gas Trainers’ Association of Nigeria, Dr. Mayowa Afe, said, “Since things are gradually improving, we expect that the budget implementation for next year will be something to cheer about. That is the expectation of all us, particularly in the energy sector.

“Adequate implementation of the budget will build and boost confidence in the system; a lot of people will have money to spend and we are looking forward to more spending by the government. That is our expectation; they should implement a greater percentage of the 2018 budget.”

The President, Constance Shareholders Association of Nigeria, Shehu Mikhail, stated that the poor implementation of budgets was not only affecting capital projects across the country, but was adversely impacting on the capital market.

He said, “The government is not serious about implementing the budget, so why should we celebrate the increase in capital expenditure in the 2018 Appropriation Bill? For the 2017 budget, have they implemented it to a considerable extent? No, it has not been adequately implemented.”

In his contribution, the President, Federation of Construction Industry, an umbrella body for construction companies in Nigeria, Solomon Ogunbusola, stated that the National Assembly should pass the bill in good time to help its implementation.

“The increase in allocation to the works ministry is a welcome development. But we hope the budget will be passed by the National Assembly in good time for proper or higher percentage implementation so that it does not go the way that the 2017 budget seems to be going at the moment,” he said.

Be the first to comment on "2018 budget: Experts Fault Non-oil Revenue Projection" 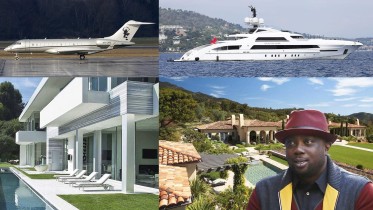