The World Bank is set to boost women and youth involvement in farming with a $200 million grant.

The new project, according to the Commercial Agriculture Development Project (CADP) Task Team leader, World Bank, Dr Sheu Salau, has been submitted to the bank’s board for approval.

Salau, who disclosed this on the sidelines of the Project’s 13th implementation support mission held in Lagos, said the project was part of the bank’s work towards reducing the cost of food by helping to boost agricultural output through increased participation of women and men.

He stressed that women and youths were a priority for the bank, and that the new project would bolster youth entrepreneurship in agriculture and agri-business.

The initiative will see the bank working with State Agriculture Development Programmes to train the next generation of agriculture entrepreneurs, also referred to as ‘agri-preneurs’, and provide them with seed money through banks to finance their bankable business plans.

He stressed the importance of women and youths in all aspects of agriculture, ranging from the inputs, to the agricultural value chain including production, processing, marketing and transport, and reiterated the commitment of the World Bank to improve the farming systems; to deliver innovation and information; and to provide better tools for farmers.

He said the remaining phase of the CADP project should be devoted to support youths and women to unlock the potential of agriculture.

Salau reiterated that supporting micro and small-sized companies in the agricultural sector is a cornerstone of the bank’s strategy.

On the CADP, he said 73 percent of the activities covered under the $150 million project has been executed. This covers rice, aquaculture and poultry value chain. Through the project, Salau said states such as Lagos, Enugu, Cross River, and Kaduna have had access to inputs, financial services and skills in agri-business, efficient machinery for processing produce, market information, new technology, among others.

He said the World Bank Group will continue to support the Federal Government in addressing its developmental challenges and emerging priorities.

As of June this year, the project reached 36,332 small to medium commercial farmers through 33, 391 commodity interest groups (CIGs). The project funded 1,432 business plans under its matching grants mechanism and completed 307 km of link roads, to facilitate farmers access to technologies, services and markets.

As a result, beneficiaries have increased significantly their production, productivity and volumes of sales.

Garba said the project is back on track towards attainment of its development objectives which are to strengthen agricultural production systems and facilitate market access for targeted value chains among small and medium commercial farmers in the five participating states.

He informed the gathering that the main purpose of the mission was to gather inputs from the participating states for enhanced performance and the required impact.

He urged participating states to take action to invest in agriculture to be competitive and take advantage of the business opportunities, and appealed to participants to embrace and invest in technologies that would help transform the sector into a more efficient production that can allow the sector to tap into wider markets.

Eneh highlighted some of the benefits of focusing on value-adding operations and the opportunities presented for the national economy to include increased national food security, social development in rural areas, job creation, and improved tax and duty generation.

He stressed the importance of developing and strengthening local capacity, calling on the private and public sectors to come together and invest for a successful agriculture and agro-processing sector focused on value-addition.

According to him, CADP activities in Lagos is one of the project’s success stories with efforts to invest heavily in cropping, livestock and processing as well as skills development equipping small-scale farmers involved in the value-addition chain.According to him, steps are being taken to upgrade subsistence agriculture to commercial ventures focusing on small and medium scale commercial farmers and agro-processors. 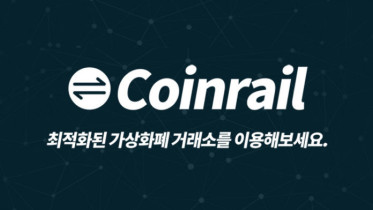 Airlines, Airports to Invest $33b in ICT