The fourteen commercial banks listed on the Nigerian Stock Exchange will pay a total of N103 billion in taxes for the 2018 financial year.

A break down of the recent financial statements released by the banks through the NSE showed Ecobank Transnational Incorporated will pay the highest amount of N33.61 billion.

Followed by Guaranty Trust Bank Plc with a tax liability of N30.85 billion.

While United Bank for Africa Plc will pay N14.30 billion in taxes.

Fidelity Bank Plc reported a tax liability of N2.16 billion, made up of a current tax of N1.91 billion and IT tax of N251 million.

Access Bank Plc reported a tax payable of N1.65 billion, while Wema Bank Plc announced a tax of N1.47 billion for the year.

Sterling Bank Plc is billed to pay a tax of N271 million for the period, adding that it paid N710 million during the year.

First City Monument Bank Plc reported a tax liability of N123.3 million, made up of N107.1m of dividend tax and N16.2m income tax.

Mr Afolabi Olowookere, the Head of Economic Research and Policy Management, Securities and Exchange Commission, said 60 per cent of the N5.8 trillion realised by the FIRS in 2018 was contributed by listed companies.

Therefore, he urged capital market operators, exchanges and the government to work together on how to increase companies on the Nigerian Stock Exchange.

The Vice-President, Association of Stockbroking Houses of Nigeria, Mr Akinsola Akeredolu-Ale, said businesses that were yet to be listed were scared of a takeover by wealthy Nigerians or hiding their finances.

He said, “Once the government can work together with the FIRS to enforce tax laws, there would be no hiding place for companies. Thus, they will be forced to come to the market.”

Hyacinth Ichoku, a Professor of Economics at the University of Nigeria, Nsukka, said collaboration of the FIRS, Federal Government and the CAC will improve and increase internally-generated revenue for the government.

He said, “There are a lot of unregistered companies that are making so much money and not paying taxes. When the CAC can tackle this issue, they will be forced to pay taxes.

“Also, the CAC should simplify the registration requirements for companies to attract them. It should also do a lot of enlightenment for them, after which it can apply appropriate sanctions to defaulting companies.” 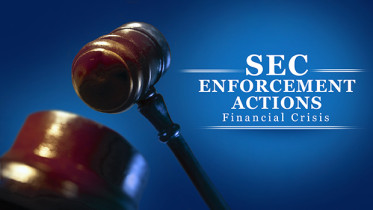